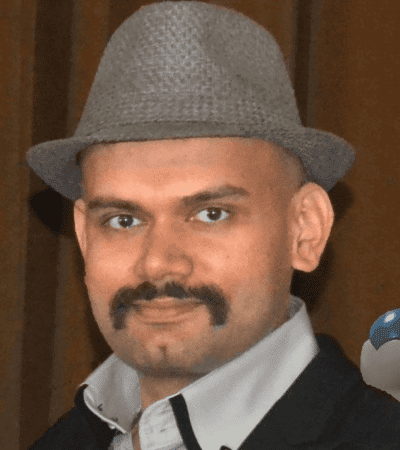 Robots have never co-existed with us as closely as they do now. AI has been with us for decades, and is now embodied in robots which makes it possible for robotic technologies to help us in our day-to-day life. The technologies are converging towards creating a smarter eco-system of living, where social robots will be able to co-exist with us in harmony, for a smarter, healthier, safer and happier life. Such robots are supposed to be socially intelligent and behave in socially expected and accepted manners. Learn more about where we are now and what the future trends are.

Dr. Amit Kumar Pandey is Head Principal Scientist (Chief Scientist) at SoftBank Robotics Europe (formerly Aldebaran Robotics), Paris, France. Earlier for 6 years he was a researcher in Robotics and AI at LAAS-CNRS (French National Center for Scientific Research), Toulouse, France. His PhD work on “Towards Socially Intelligent Robots in Human Centered Environment”, is awarded among the best three Ph.D. Theses in Robotics in Europe for the prestigious Georges Giralt Award. He is also the founding coordinator of Socially Intelligent Robots and Societal Applications (SIRo-SA) Topic Group (TG) of euRobotics, and a contributor in its Multi-Annual Roadmap (MAR), which aims to shape the future of robotics in Europe in collaboration with European Commission (EC) through PPP SPARC (one of the largest civilian-funded robotics innovation programme in the world).